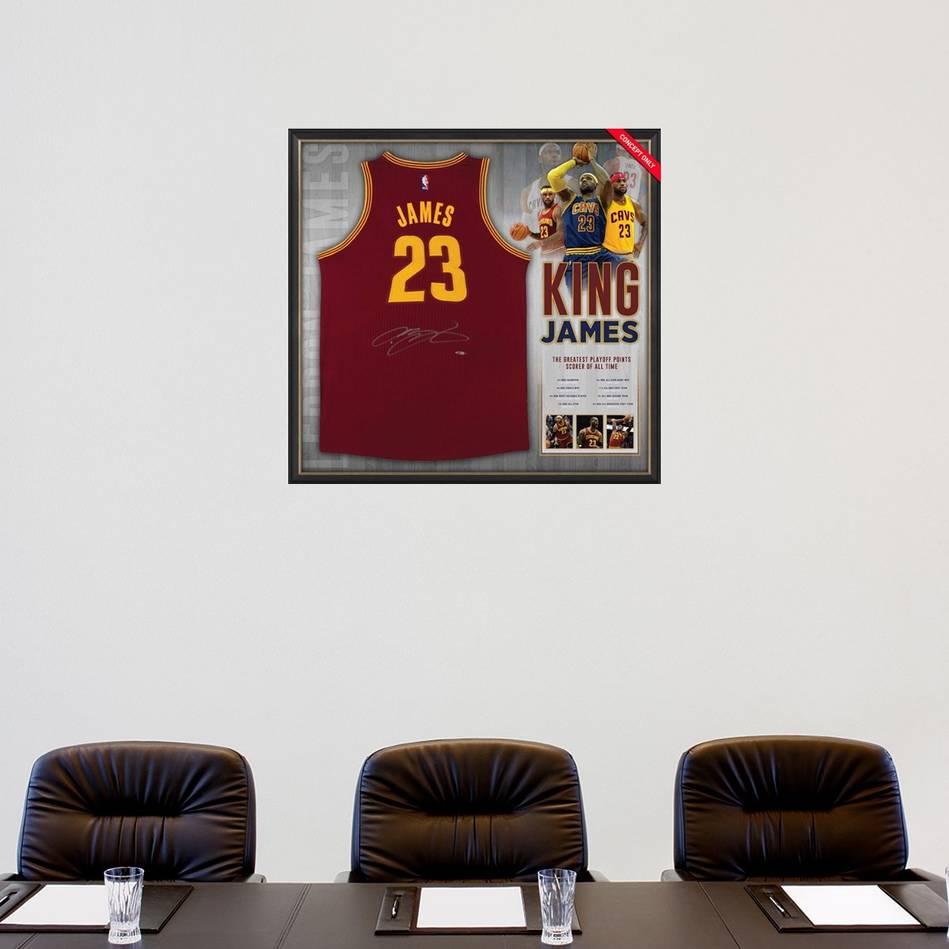 Staring at the end of the playoffs when down 3-1 to the defending champion Golden State Warriors, LeBron James willed the Cavs back to an even 3-3 with back-to-back 41-point efforts. He was even better in Game 7 as he captured his third career NBA Finals MVP Award in capturing the city of Cleveland’s first major sports championship in more than 50 years. This magnificent piece pays tribute to Lebron James, as he surpassed Michael Jordan’s 5987 career NBA playoff points.